The Sony a6500 price is the lowest it has been since it arrived back in 2016. Now is probably a better time than ever to upgrade.

So after a year of video creation, I finally managed to upgrade my camera and I upgraded from the Canon 70d.

I’m gonna be showing you some photos that I’ve taken. I’m gonna be talking about some of the frustrations when switching from Canon to Sony and maybe how you can overcome them.

If you’re looking to make a similar upgrade or you’re just interested in purchasing the Sony a6500 it’s worth sticking around and/or watching the video (below).

You can imagine my excitement the other day when I had the parcel turn-up. I unboxed the camera… and you can imagine how I felt when I found out the lens wasn’t going to be delivered until the following day. I managed to just about contain myself. If you read or watched my review on the Canon 70d you’d have seen at the end I talked about some of the perfect cameras to upgrade to if you already had the 70d.

I did conclude that either Sony A6500 or the Sony A7 iii would be the best choice purely based on features. Based on the Sony cameras price at the moment, I decided to go for the smaller of the two.

So let’s address the main issue at hand when upgrading or buying anything – price. This camera was released at £1500 which is pretty pricey for a mirrorless crop-sensor camera. However, that’s £500 less than the full-frame Sony A7 iii price which is £2000 and has the same feature set.

Thankfully now you can purchase the a6500 for £1000-1200 from most places in the UK. Sony did have an offer throughout September where you could claim £300 back from certain retailers. Worth checking to see if you can get an extra discount.

Your other option is to purchase online direct from China. Sometimes referred to as grey-imports. You can save yourself an additional £200 at the risk of no valid warranty in your country. You can also receive potential import duty fines and are at risk of awkward return policies if there are any problems.

Use at your own risk and always read reviews of the site – in particular how returns are handled.

First thoughts – it’s a really good camera! It was a lot smaller than I imagined. As you can see in the photos/videos, it is very nice. Fits in the hand really well and although it is quite small, it’s also slightly heavier than I was expecting.

It’s because it’s so similar in size to my Canon G7X mark ii. It’s only a little bigger really. But of course, it’s got a bit more inside it going on. So that’s why the extra weight. All-in-all it is definitely a lot more portable than the Canon 70d.

I was actually surprised when I put it in my camera bag, it just kept on going in. There’s a big gap above it and each side of it. I’m going to have to re-customise the bag. But that was exactly what I was hoping. In fact, it fits in some of my smaller camera bags now so I can go back to the old days and have a little smaller camera bag. It makes taking a camera around a lot easier.

Now talking of first impressions; When it comes to using this camera and setting it up, I come across my first frustrations. Quite simply whilst this is touchscreen, it doesn’t really feel like it. I think it was a very quick add-on from Sony and it’s a little bit disappointing. Considering my Canon 70d had a touchscreen and it was released in 2013. The Sony A6500 was released end of 2016 in November and the only thing you can do with the touchscreen is your focus points. It is a great feature to have, but after you’ve come from Canon – they’ve got a wonderful menu system.

When it comes to using the Sony menu system, immediately you go to touch the screen it doesn’t work. Quite often I found myself twisting the little dial here the little wheel and that doesn’t work in the menu systems either. So you have to push it like an old Nintendo NES pad from the 1980s.

That said, one of the pros of this camera is all of the features it has. This is pretty much the equivalent of a developer camera, they haven’t removed any of the options that they put in when they were building and testing the camera. They’ve left them all there and you’ve got menus and menus full of different options to try.

Some of the particular modes like 120 frames per second were one of the main features I was looking at. Also, this does 4k another reason to upgrade. So far so good. Outside of setup when you’re talking about changing settings for taking photos out on the go. You are a bit back to the old school where you have to memorize all the buttons. Which ones do what, because again you can’t do the touchscreen which just really does make life a little bit too easy.

When I first started taking photos on the camera it had a very loud beep. I was surprised to see that I couldn’t actually find an option to turn it off initially so that was a bit frustrating. However, I’ve managed to find the option – it was hidden in one of the menus. As I said they’ve got loads and loads of menus.

The viewfinder seems okay, seems very clear. it’s my first experience using a digital viewfinder. It’s not as good as the real thing but it’s certainly better than not having one. It comes in quite useful when in bright light. Now if you’ve done any sort of research on this camera you’ll know that the screen brightness is one of its downfalls. My Canon G7X mark ii has a lot better screen on it (surprising seeing as Sony make screens).  After trying the screen bright sunlight, I  couldn’t see what I was doing at all. I knew this from all the reviews but wanted to confirm. However the viewfinder did help me out on those situations.

When it was time to make my first video on the camera, I held it out in front of me in a vlogging fashion. I was a little bit disappointed because it didn’t focus on my face and resulted in an unusable clip.

I’m going to take that as a learning curve. I need to use the camera a little bit more and once I work out how to set it up and get it to focus as I need, I should be good to go.

Another thing coming over from Canon, a lot of the lenses have a manual focus autofocus switch on the lens. I am using the Sigma 30mm 1.4 but it seems on the Sony cameras you mostly do not get that switch. I was quite baffled how to manual focus when I’ve got this massive big manual focus ring here that didn’t seem to be doing anything.

It appears that there’s an autofocus/manual focus button on the back of the camera. If you hold that down you can then adjust the focus manually as you need. You will find that if you look at the screen it zooms in the image so you can get a more accurate focus which is quite a nice feature. Just be careful, if you are quite close to your subject you’ll find it less useful.

After playing in the menus, you can also customise the button to switch completely between modes rather than the default of keeping the button held.

So let’s jump straight onto the computer and have a look at some of the photos that I took over the weekend (skip to 7:46 on the video). These are by no means geek tests, just an idea of what you can expect. 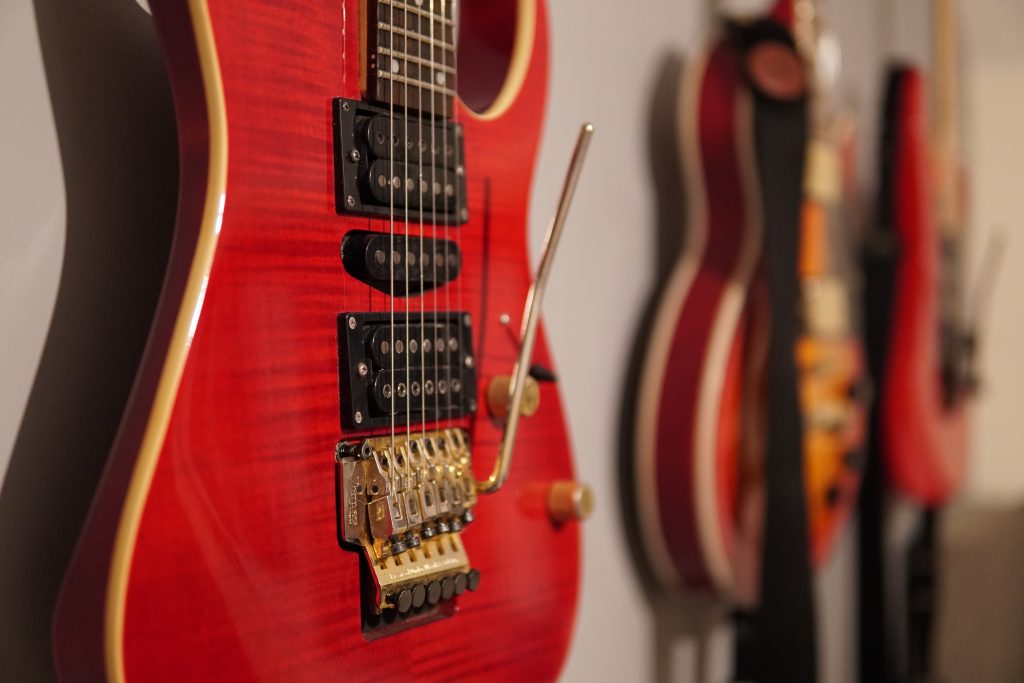 This was one of the first photos I’ve taken on the camera and it’s worth noting that the lens complements the camera. The Sigma 30mm 1.4 is used for all the photos here, shot at F1.4 the other guitars are out of focus and they’re about 60 centimeters away. We can see on this guitar a nice level of detail on the bridge. 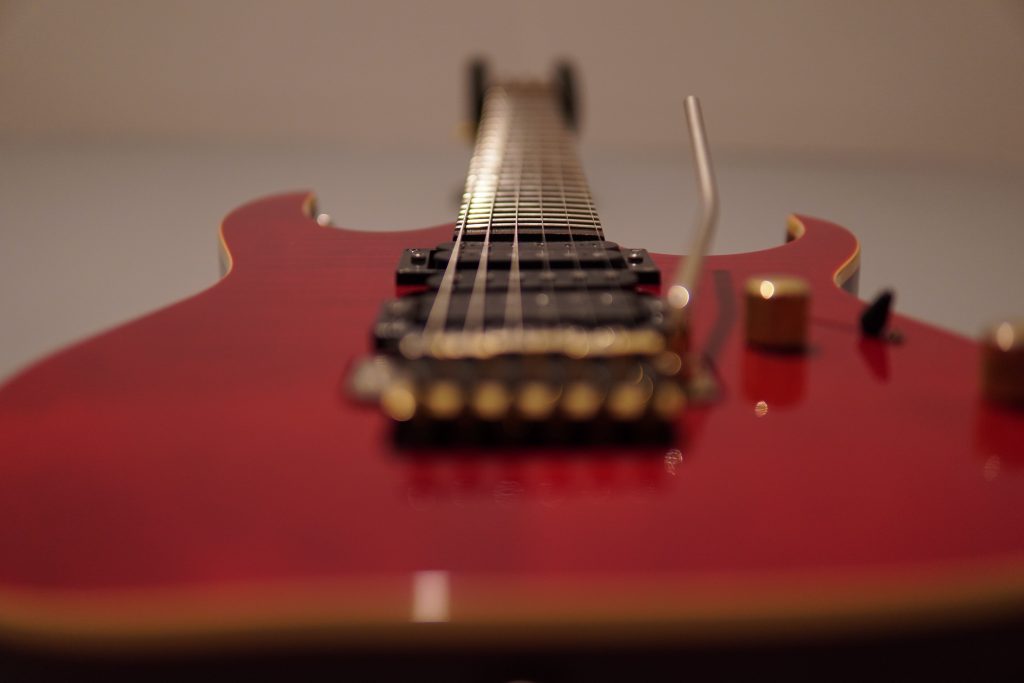 Moving on to this shot this was also taken at F/1.4 we’re slightly closer to the guitar now we can see what a small level precision you’ve got when you’re using F/1.4. The whole of the neck is out of focus as is the bridge. Just that one little point that is in focus and looks pretty sharp but that’s a difficult image to tell. 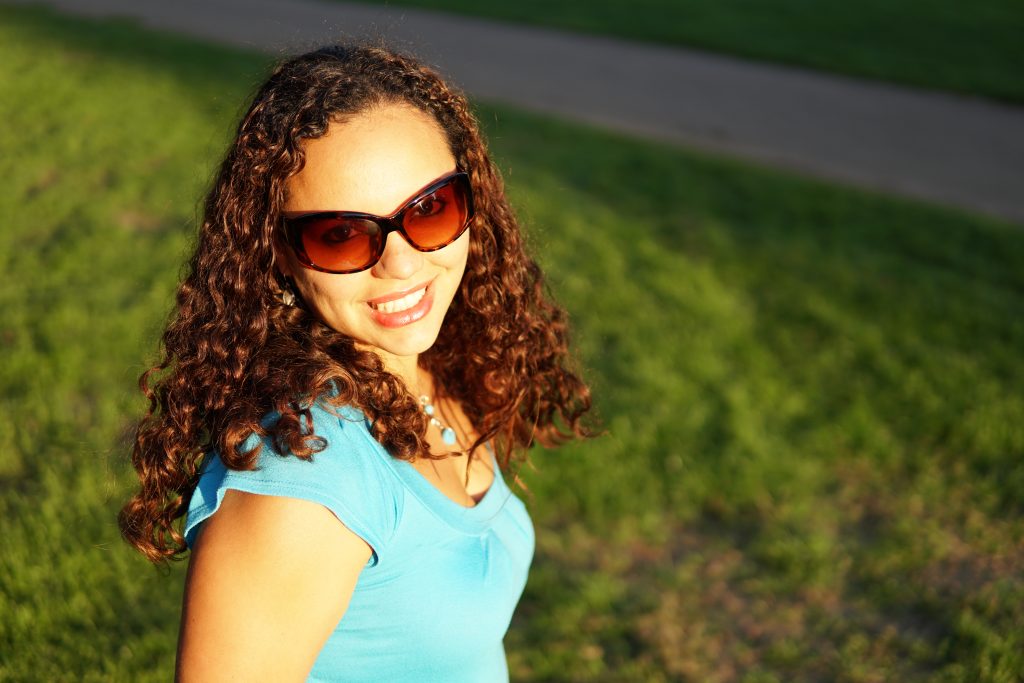 So this one was taken at the weekend just before sunset/golden hour. Whilst it is a little bit overexposed (which can be fixed in the RAW file), we can see there is a lot of detail in the face and in the hair. It’s very sharp overall. I’m really impressed with the image quality of this camera and lens.

Finally moving on to this shot of me looking rather moody because I forgot my sunglasses. When we zoom I’m just really impressed with the level of detail in particular how sharp my eyes are. If we look in there my eyes are very sharp and in general detail all over the face. 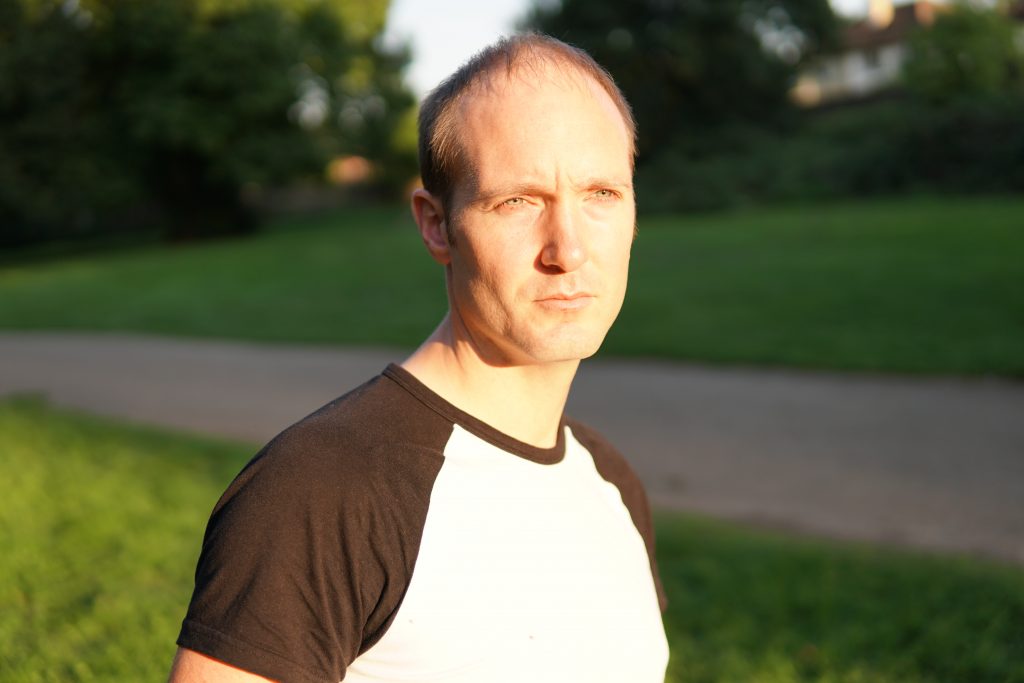 The camera is on default color settings and I haven’t adjusted any of the sharpness settings on the camera so this is just straight out of the box.

After taking photos over the weekend, I took about 480 photos and I shot them in both RAW and JPEG. this comes to 13 gigabytes worth of data so that’s approximately 24 megabytes per RAW file and between 3-8 megabytes per JPEG file so be warned the file sizes are big. That is standard these days though, don’t say I didn’t tell you.

Consider buying the Sony A6500?

price at its lowest, are you considering purchasing anytime soon? Please drop a comment below or say what you plan to get instead.

I plan to keep you updated with my journey using the Sony Alpha 6500. I’ve currently only got one lens which is a prime (the Sigma 30mm 1.4 e-mount). If I buy any more lenses, I’ll let you know how I get on with them.

So that is my first impression – If you found this helpful please share on your favourite social platform.